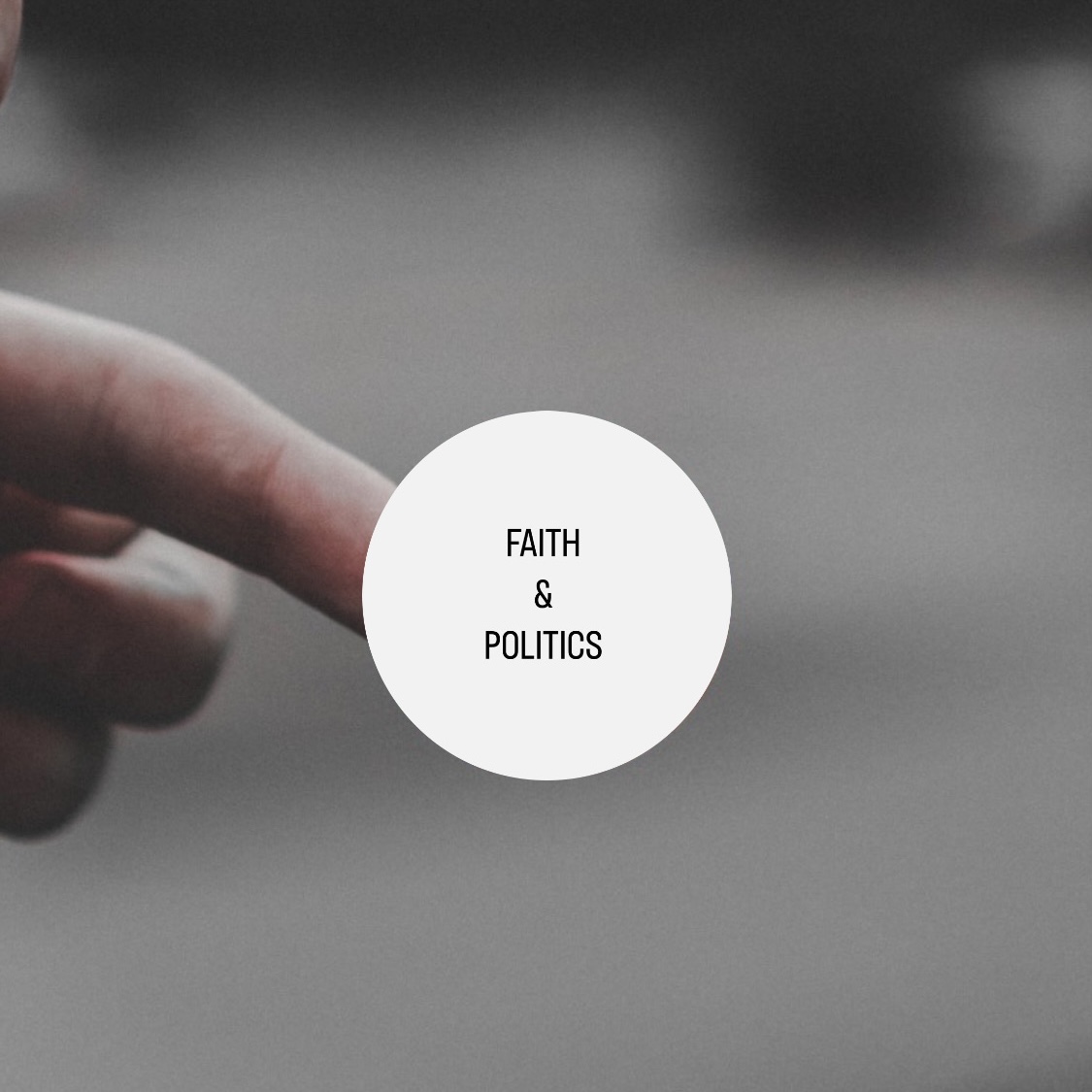 Ayatollah Khomeini once famously quipped that, “Islam was political or it was nothing.” Sadly, it seems to be the view of many Christians that if Christianity isn’t political, then it is nothing.

My concern is not only that this is unhelpful, but that hermeneutics and faithful exegesis have become victims in this crusade. To be sure, Christianity is holistic and Jesus Christ is Lord of all but on what does He want His church to be primarily focussed?

The metanarrative of the Bible is God glorifying himself by getting a people for Himself. This thread can be traced throughout the Scriptures by noting the constant repetition of the statement, “I will be their God and they will be my people.” (Cf. Ex 29:45, Jer 32:38, 2 Cor 6:16, Rev 21:3)

These people are to be distinct. They are to be a third race (1 Cor 10:32). A race of imitators of Jesus Christ, part of a called-out community that has a new culture with new practices and a new political structure. We are to make disciples of all nations (Matt 28) this involves evangelism and edification. This is the primary function of the church and its ministers (Eph 4:11-16).

While Christianity is a comprehensive worldview that touches on every sphere of life its fundamental calling is not to be an instrument of political change nor is it to be swayed by the political ups and downs of world history; its focus is the glory of God through God getting a people for himself.

One cannot give the New Testament a fair reading and not come away amazed at how little concern there is with the politics of this world. Roman emperors were stereotypical dictators. There would have been no end of social and political injustices for the Apostles to write about and yet they are largely silent.

While this isn’t the place for a comprehensive teaching on the Christian’s response to the government, I would like to briefly expose a couple of fallacious interpretations.

For freedom Christ has set us free; stand firm therefore, and do not submit again to a yoke of slavery.

Prima facie this verse sounds like a powerful rallying cry to civil rebellion against any loss of personal liberty. The problem is that this verse, and in fact the whole book of Galatians, has absolutely nothing to do with political freedom or legislative tyranny.

The book of Galatians has as much to do with politics as circumcision does with justification.

As Dr John Macarthur presciently notes in his commentary on Galatians:

The message of Galatians is the message of the Christian’s spiritual freedom, his deliverance by Christ from the bondage of sin and religious legalism. Its message is particularly relevant in our own day, as personal freedom has become the dominant emphasis of countless philosophies both within and without Christendom.

But Peter and the apostles answered, “We must obey God rather than men.”

This is another oft quoted verse used in the defence of political and civil disobedience. While this passage certainly is about political disobedience the context forbids a sweeping application. This is not a get out of submission card that can be waved whenever I feel like it. This is a Top Trump card to be used when we are forbidden from teaching and preaching the Gospel.

The issue here is not E-tolls or masks or taxes that fund abortion but prohibition of the preaching of the Gospel. Look at the preceding verse, “We strictly charged you not to teach in this name, yet here you have filled Jerusalem with your teaching.”

Far from encouraging civil disobedience by the church one of Luke’s major themes is to show that the church is law-abiding. As FF Bruce notes:

Luke is, in fact, the pioneer among Christian apologists, especially in that form of apologetic which is addressed to the civil authorities to establish the law-abiding character of Christianity.

A text without a context is a pretext for a proof text. Do not be influenced by those who sound biblical by their many verses but are in fact using them as proof texts for their own agendas. We must be careful not to baptize our ideologies with the waters of bad exegesis.

Hopefully these brief examples will help you to act like the Bereans and examine what is said (Acts 17:11). Christians are not to be apolitical, but as the church of the living God we are neither left wing nor right wing and any political allegiance must be subservient to the Kingdom of God.

It is natural that we will be tempted to put our trust in chariots (Ps 20:7) as the world changes so rapidly yet we are not to fret. Jesus Christ is building his Church (Matt 16:18). Let me encourage you to not give the State more airtime than Christ. Our God raises kingdoms and destroys kingdoms (Dan 2:21) but His kingdom endures forever. Even so, come Lord Jesus!

A James Worth Imitating

What is your Relationship to Trials?

A James Worth Imitating

The Law of Liberty

My Farewell Letter to My Pastor

Principles By Which We Shepherd During the Pandemic

Where does your help come from?

The Prosperity Gospel, Not

Get What You Want

Interpreting the Book of Revelation: Part 4

Interpreting the Book of Revelation: Part 3

Interpreting the Book of Revelation: Part 2

Interpreting the Book of Revelation: Part 1